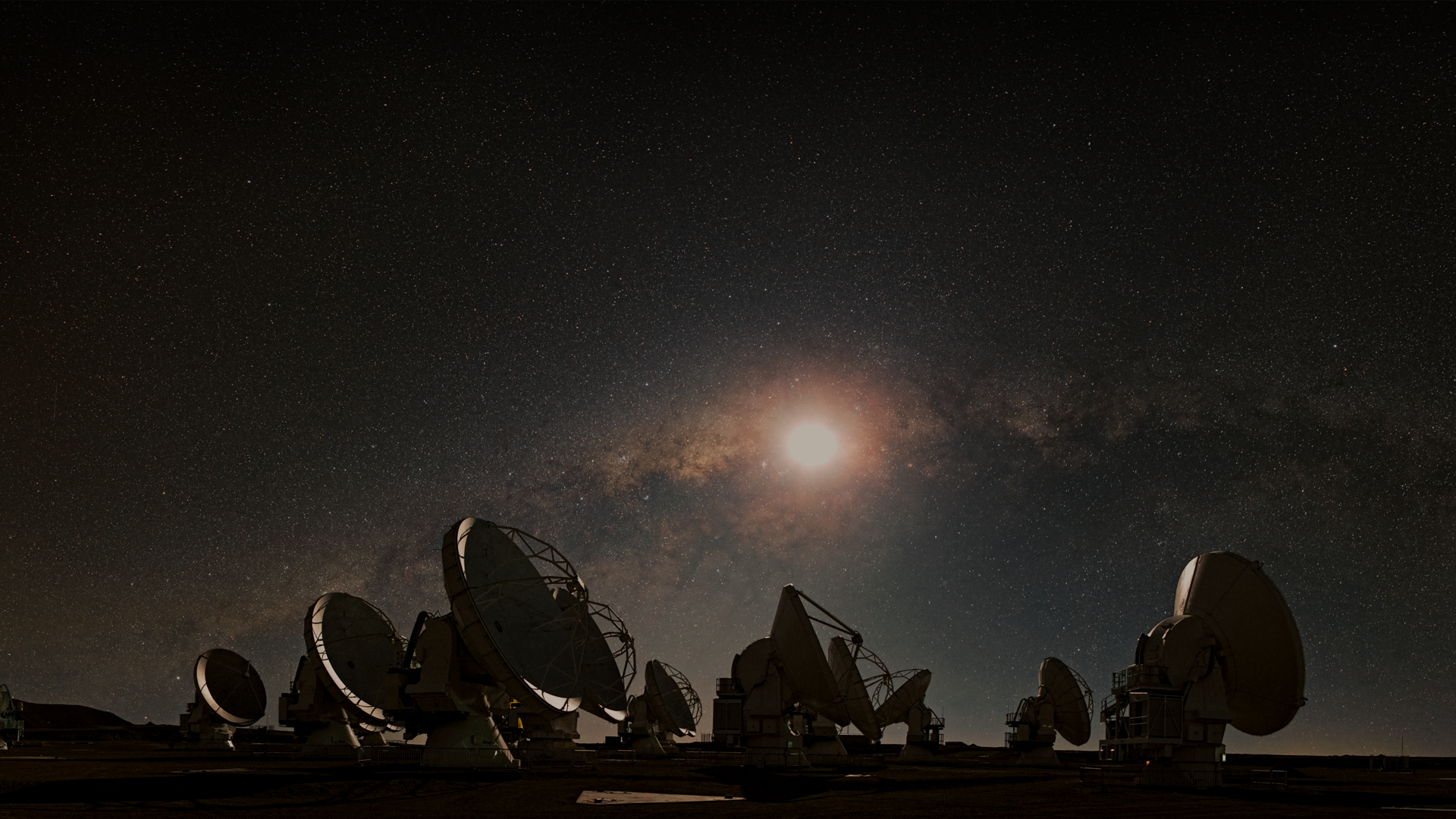 On April 10, 2019, a team of scientists made history by capturing the first ever image of a black hole. This remarkable picture occupied headlines worldwide, and rightfully so – we never thought we would ever be able to capture a black hole in an image that can be passed around the world.

The black hole in question is a supermassive one, 2.4 billion times the mass of the Sun, at the center of the M87 galaxy, about 53 million light years from Earth. 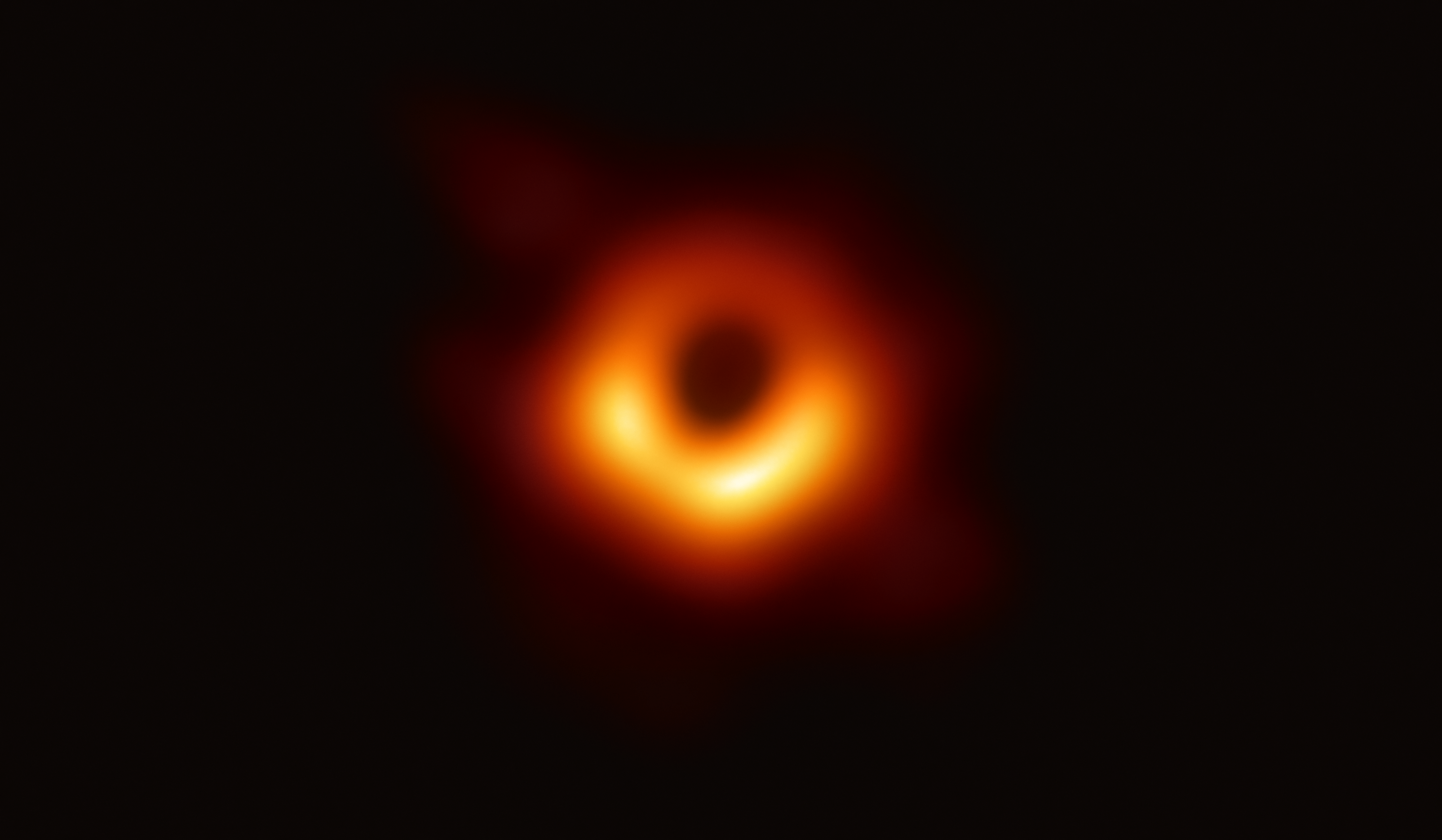 The black hole at the center of the Messier 87 (M87) galaxy, in the constellation Virgo
Photo credit: Event Horizon Telescope Collaboration [1]

But first we have to answer the question – what exactly are black holes, and how are they formed?

Although the existence of black holes was first speculated in the 18th century, they were first scientifically predicted by Einstein’s theory of general relativity as a solution to the Einstein field equations. Einstein’s theory of relativity can be elegantly summed up in twelve words from John Wheeler – "Space-time tells matter how to move; matter tells space-time how to curve [2]."

Mass bends the fabric of space-time itself; around a black hole’s event horizon, the space-time is bent in a way that even light cannot escape. This occurs when the size of a star collapses to a small enough size – more specifically, smaller than the Schwarzschild radius,

. (Here M is the mass of the star, c is the speed of light, and G is the gravitational constant.)

The black holes we can see in the sky are formed by a process known as gravitational collapse. In a dying star, there is a reduction in internal pressure due to the fusing of heavier elements. As the internal pressure continues to decrease, gravity causes the star to further collapse onto itself. Eventually, the density of the star becomes high enough that it creates a very strong gravitational pull – and this is a black hole. You may recall the concept of escape velocity from high school physics; black holes are so small and massive that the escape velocity is greater than the speed of light. Nothing escapes a black hole – not even light.


And now a few myths:

Myth: This picture was taken by one telescope.

This remarkable image was not taken by a single telescope, but rather an amalgam of images taken across eight telescopes on Earth known as the Event Horizon Telescope (EHT) [3]. To capture a reasonably clear image of an object so far from Earth, the telescope would require a very large aperture (the size of opening of the lens) to gather enough light from it. Instead of building one large telescope, the team decided that they would align the different EHT telescopes at the black hole at the same time, creating a large, "virtual" telescope. The aperture of this telescope becomes the distance between the two furthest telescopes – in this case nearly the diameter of the Earth! This vastly increases the resolution of the telescope and allows us to take images of objects that are far away. The image you see is an amalgam of data taken over eight sites in four days in April 2017 [4]; it was finally put together using techniques of image restoration to reconstruct a singular image from the large body of data.

Myth: Black holes only get bigger.

One might think that black holes only swallow matter – this was what scholars had believed for a long time…until one day Mr Hawking came along.

One of Prof Hawking’s greatest discoveries is Hawking radiation, a kind of radiation emitted by black holes. It is true that nothing escapes a black hole, but what was not known at the time was that they also emit radiation themselves [5]. The precise mechanism of its emission is difficult to state in full here, but the main idea is that due to quantum fluctuations, black holes are bound to lose energy, for instance, in the form of electromagnetic waves. If black holes emit more radiation than they absorb, then they will lose mass and eventually evaporate, due to the famous equation, E=mc2, which tells us mass and energy are equivalent.

That being said, it will take a long time for black holes to evaporate and disappear: often we are talking about 10100 years, far, far older than the age of the universe (which is on the scale of 1010 years). Even the fastest-vanishing black holes vanish barely within the entire history of the universe, which is still a long time.

Myth: Black holes aren’t black (since we can see them).

Let’s make it clear here, a black hole itself is pitch black – it is defined such that once anything goes beyond the event horizon, it cannot escape. What we can see in the image is the matter surrounding the black hole – a ring of matter and light that is about to disappear into the event horizon forever. The orange color you see in the photo, however, is artificially coloured; it represents the intensity of radiation detected around the black hole, with the orange areas representing intense radiation and black representing areas with little to no radiation [4]. A black hole also emits Hawking radiation, as mentioned above, but this is so weak that we don’t expect to be able to observe them in the foreseeable future.

Myth: Once you fall into a black hole, you will be torn apart.

This is due to a process known as spaghettification – caused by the gravitational gradient of a black hole. Due to a marked difference in strength of the gravitational field, gravity is stronger at your head than at your feet if you fall head-first into the black hole. This naturally causes you to be stretched vertically and compressed horizontally. These tidal forces are so strong that they can rip a person apart long before you reach the center of a black hole; chances are you will not survive the fall. (Needless to say, the editorial team does not recommend falling into a black hole to verify this myth.)

Side note: There is still so much to learn about black holes, but hopefully this article has piqued your interest. If you want to know more, the internet is filled with resources that will provide more information than this limited space. It’s a good idea to learn something about Einstein’s theory of relativity, since understanding black holes requires a good grasp of first special, then general relativity – good places to start include PBS Space Time and MinutePhysics.