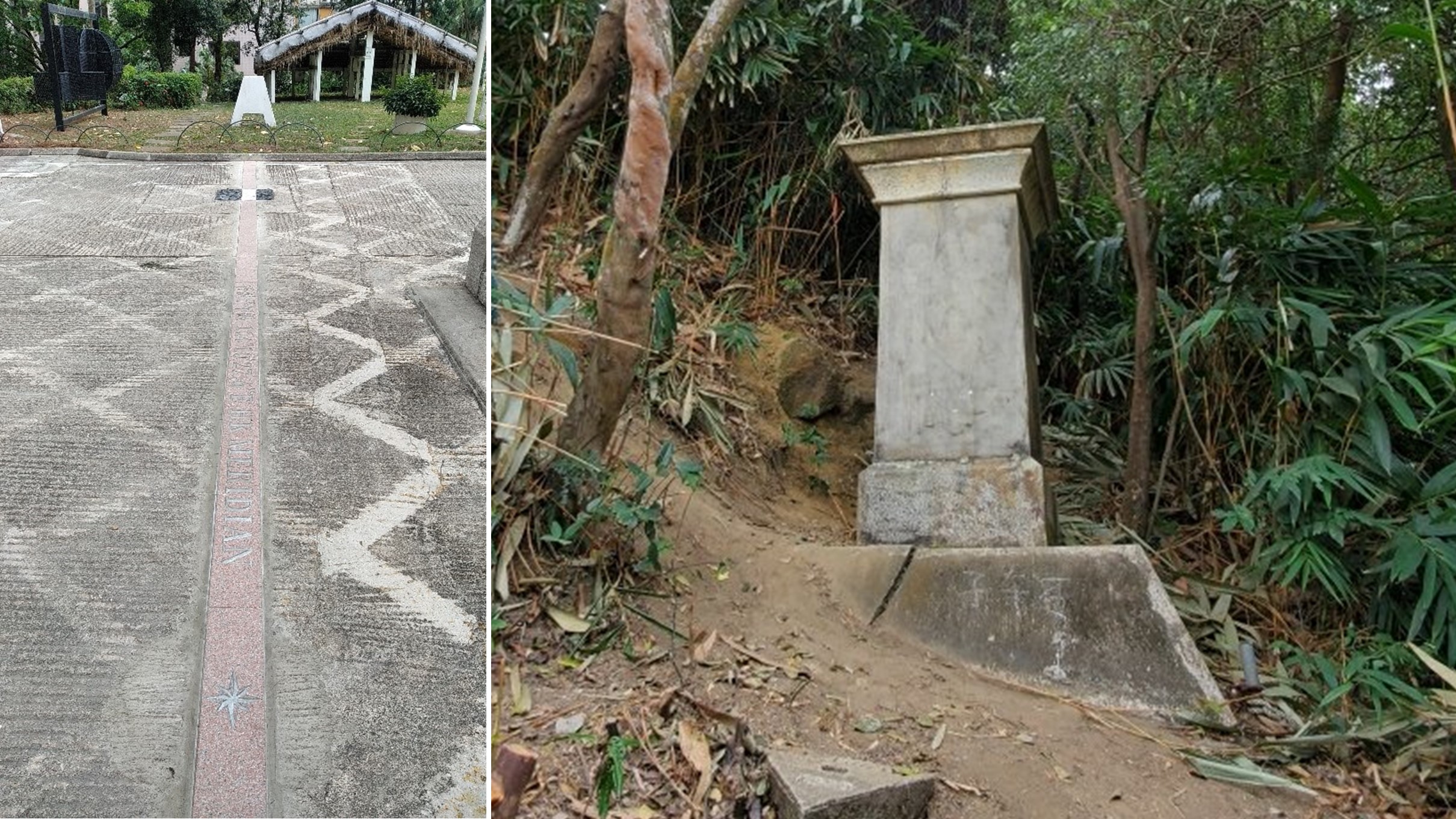 How important are the making of astronomical observations and the provision of a time service?

Since the early development in the 19th century, shipping has been the lifeblood of Hong Kong’s economy. To ensure smooth port operations and the safe navigation of ships, an accurate time service, meteorological observations and geomagnetic observations had to be provided. These were the three major tasks of the Hong Kong Observatory （HKO） when it was established in 1883.

As early as the 1860s, there was already suggestion from Hong Kong society that an accurate time service based on scientific methods should be provided. Catalysed by a severe typhoon in 1874 (known in history records as the "Catastrophic Typhoon of 1874") which killed thousands of people in Hong Kong, the Hong Kong colonial government began to consider setting up a science-based observatory. Ultimately the HKO came into being, which has been standing on a hill next to Nathan Road in Tsim Sha Tsui, Kowloon till the present day (Figure 1). 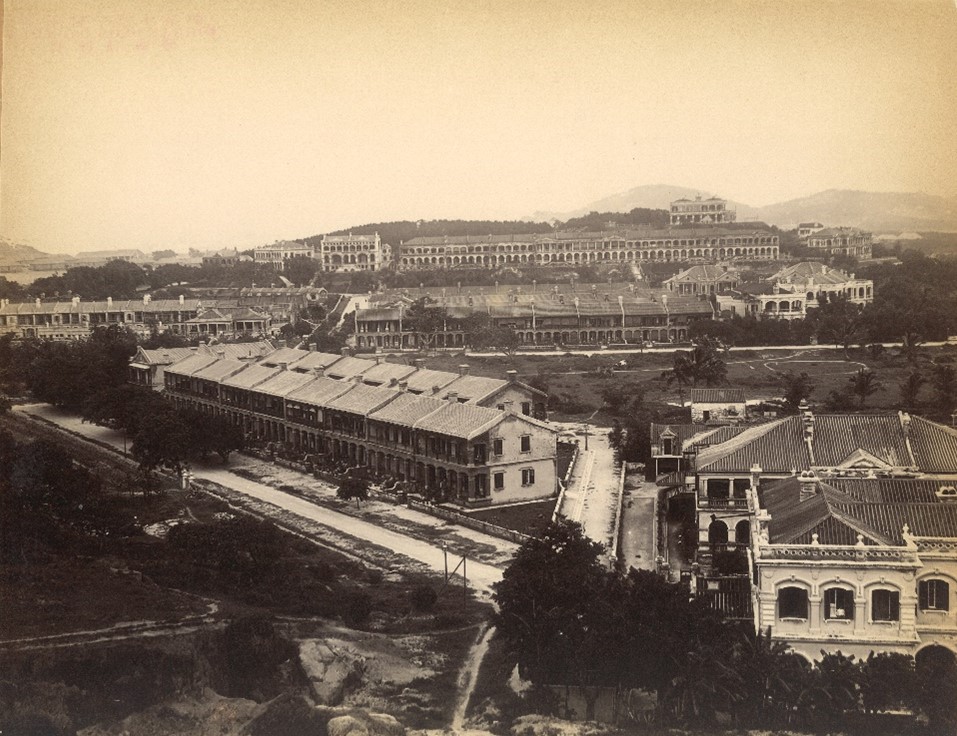 Like other observatories around the world, the HKO has long been providing a time service to ships in the harbour through its Time Ball. The first-generation Time Ball Tower was installed at the former Marine Police Base in Tsim Sha Tsui and began operation on 1 January 1885 (Figure 2). Later, owing to environmental changes, the second-generation Time Ball Tower was installed on Signal Hill in Tsim Sha Tsui (Figure 3). 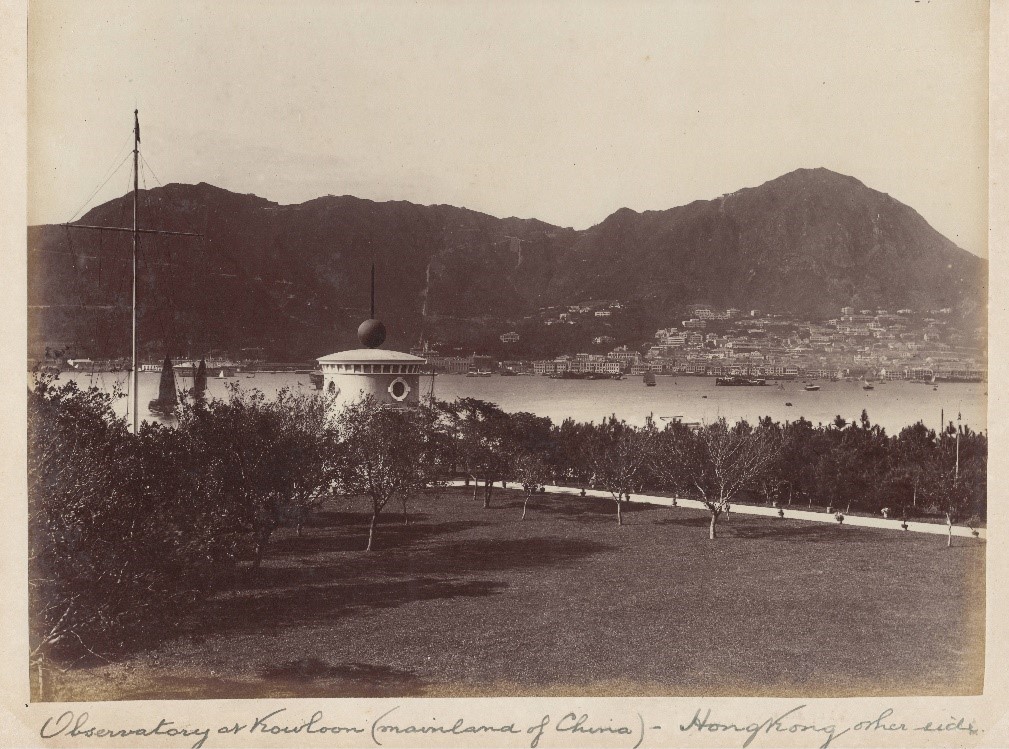 I believe that if you have the opportunity to visit the famous Royal Greenwich Observatory in England, you would most likely have taken pictures at the "Prime Meridian" (Figure 4). But you may not have thought about the meridian in Hong Kong (Figure 5), which was established at the time when the HKO was set up and has existed for more than 130 years. 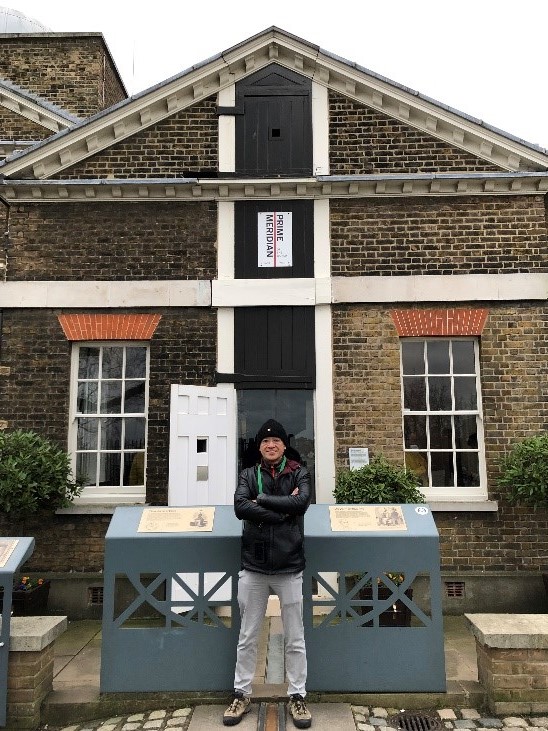 Figure 4: The author poses for a photo in front of the Prime Meridian of the Royal Observatory Greenwich, UK (Image source: Shun Chi-ming) 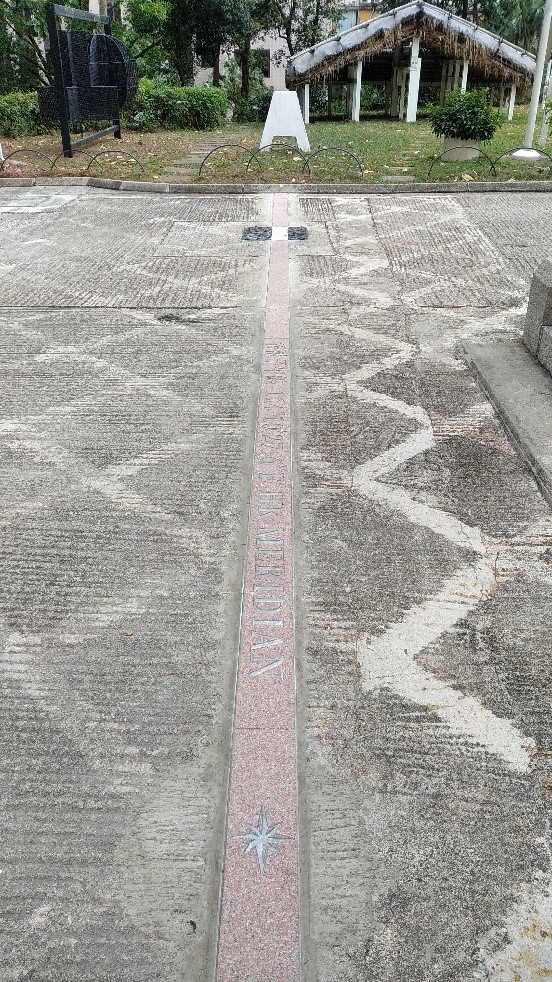 Why does an ocean-going ship need accurate time in order to navigate safely at sea? The reason dates back to the 17th and 18th centuries, when Europeans rushed to explore the ocean while vying for greater economic and political influence. Previously, ships had to travel along the coastline. Even with the help of a map, crossing the vast oceans was very dangerous. Without accurate location positioning, ships could deviate from their planned routes and become lost, and in the worst cases they could even hit the reef and sink.

Ship positioning involves determining the east-west and north-south position of the ship, that is, the latitude and longitude as we know them today. It is relatively easy to determine the latitude - mainly by observing the elevation angle relative to the horizon of the Polaris at night or that of the sun at noon: the elevation angle of Polaris relative to the horizon is the observer’s latitude [1] (Figure 6), and the elevation angle of the midday sun relative to the horizon, together with the declination angle [2] of the sun on the day, can be used to obtain the observer’s latitude. This is consistent with the principle of using a sundial to determine time. As early as the 2nd century BC, the "Astrolabe" (Figure 7) was used in ancient Greece for astronomical surveys and marine navigation, and later more accurate instruments appeared, including the Sextant (Figure 8) which is still in use today; and the technique of celestial navigation was recorded in China as early as the Han Dynasty. During Zheng He’s voyage to the West in the Ming Dynasty, he used "Star Tethering Boards" to determine the latitude of the ship (Figure 9). 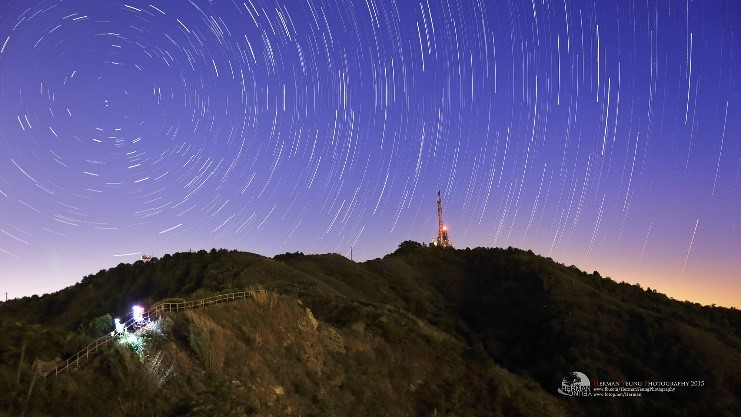 Figure 6: Star trails clearly show that the stars revolve around Polaris. The latitude of the observer can be obtained by accurately measuring the elevation angle of Polaris relative to the horizontal line (Image source: Herman Yeung) 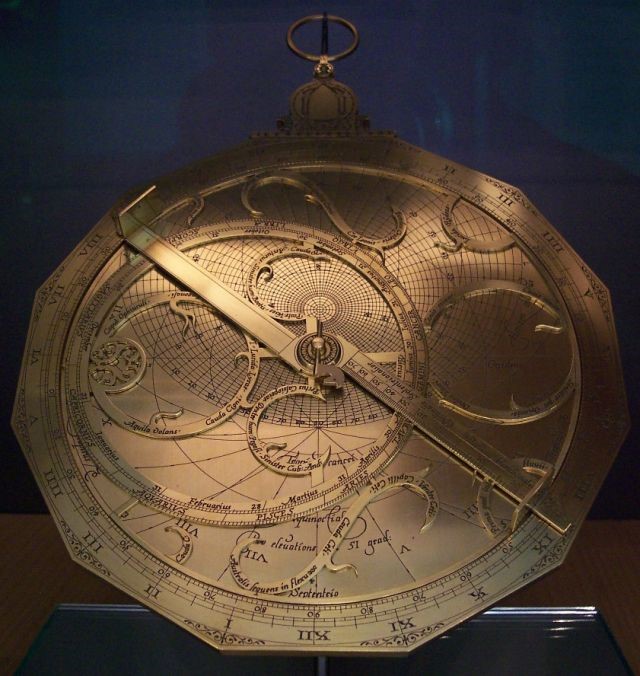 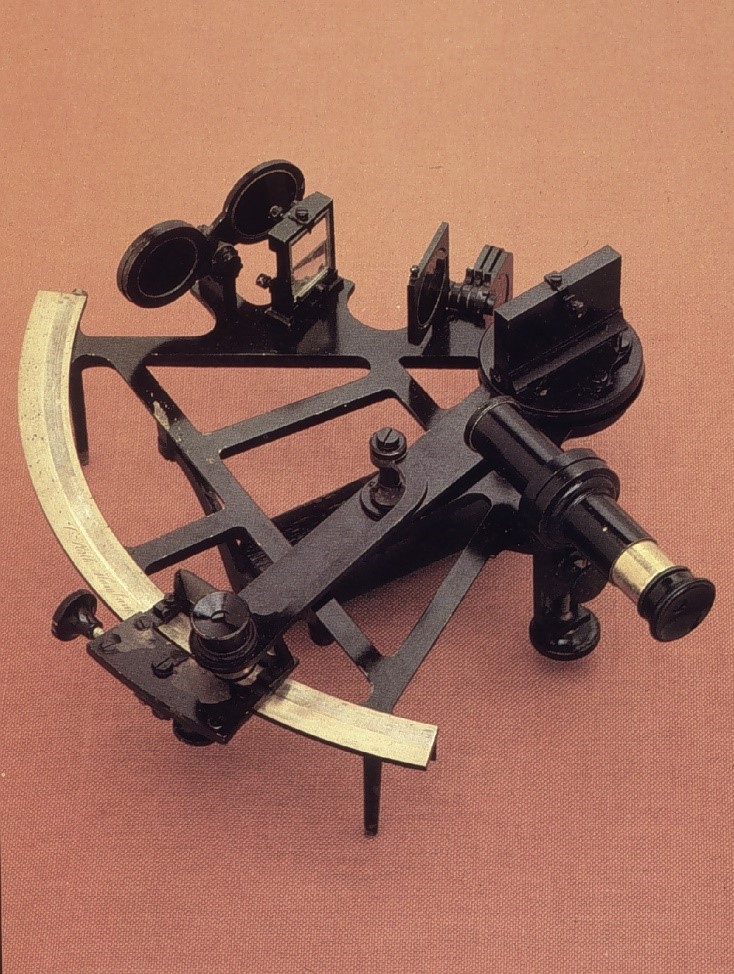 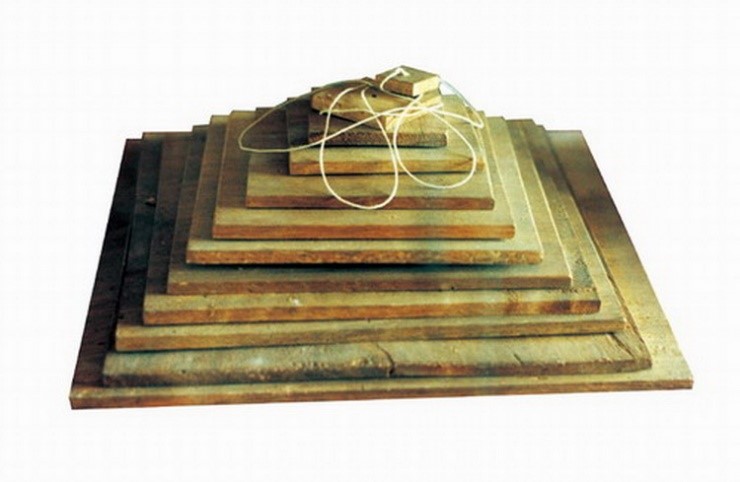 But it is difficult to determine longitude. Big prizes were offered in many European countries to encourage people to find solutions. Why is it so difficult? To know the difference in longitude between two places, the most direct way is to know their time difference: due to the rotation of the earth, a difference of 15 degrees in longitude between two places is equivalent to a difference of 60 minutes in time. If a clock can be kept within an accuracy of 4 minutes, the accuracy of longitude can also be within 1 degree, but clocks on ships could become quite inaccurate as they are affected by turbulent waves. There are also other methods of astronomical observation, such as observing the changes in the position of the Moon relative to the stars and even the relative positions of Jupiter's moons (also known as the "Galilean moons"), but these methods require sophisticated astronomical observations and complicated calculations, and the resulting errors when operating at sea could be significant. In order to address this issue, the British Parliament passed the Longitude Act in July 1714, according to which a sum of £10,000 (around £1.6 million in today’s money) would be granted to anyone who could find a practical way of determining longitude at sea with an error of not greater than one degree of longitude. The amount would be increased to £15,000 if the error was not greater than 40 minutes of angle, and further increased to £20,000 if the error was not greater than half a degree. As one degree of longitude is equivalent to about 100 kilometres [6], you can imagine how difficult but important it was to measure longitude at sea back then. Given the significant reward, there had to be a brave soul. The final prize winner was not a scientist or university professor, but a carpenter and watchmaker called John Harrison, who had spent his entire life inventing four different kinds of marine timekeepers (or "chronometers"), H1 - H4 (Figures 10 and 11). Among them, the marine watch H4 was tested in 1761 on the HMS Deptford crossing the Atlantic in 81 days and 5 hours. It was proved that the error was just 5 minutes, that is, less than 4 seconds per day, and the error in longitude was only 0.02 degrees, far exceeding the original requirement of the Longitude Act. However, Harrison received only half of his prize of £10,000 pounds in 1765, and did not get the remaining amount of £8,750 until 1773 when he was 80 years old! As for why the British Parliament would withhold bonuses, I will not go into details here due to editorial space limitations. 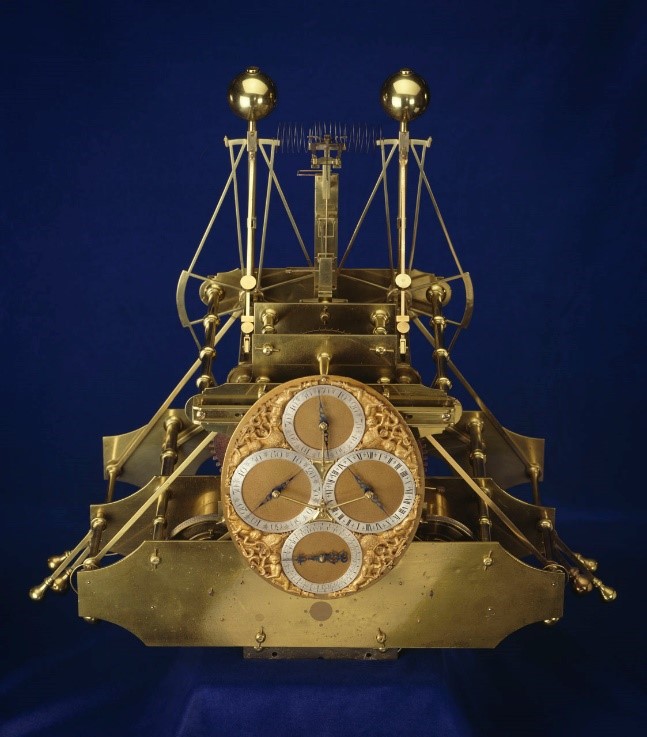 You may ask, is it really dangerous for a ship without an accurate marine clock? To answer this question, I would like to share a historical story. Back in 1815, more than 50 years after the invention of the H4 marine watch, a British warship HMS Arniston struck a reef and sank near Cape Agulhas, off the southernmost tip of Africa, without a marine clock. With 372 deaths and only 6 survivors, the shipwreck occurred due to the Arniston’s failure to keep contact with other ships equipped with marine clocks in the fleet for accurate positioning during a storm. It was wrongly judged that the ship had passed the Cape of Good Hope, so the captain decided to turn to the north, but in fact, the Arniston was only located to the south of Cape Agulhas. Coupled with the rapid sea current, the ship finally hit a reef and sank in the storm. Afterwards, in commemoration of the disaster, a stone monument was erected on the beach where the victims were buried. Drawing from past experiences, a nearby town was also named Arniston to remember the event.

Against this backdrop, the British entered the Age of Discovery after inventing the accurate marine clock. By also using their powerful ships and guns, they completely changed the destiny of the world and China. But can an accurate marine clock fully meet the requirements of ocean navigation? Not yet - the reason is that the errors of the marine clock will always increase with time, while many ocean-going vessels spend months and even years on their voyages. Taking the H4 marine watch as an example, though initially representing less than 4 seconds per day, its error could become quite significant after a few months if the watch were not regularly calibrated. Therefore, a ship’s marine clock should be calibrated regularly to maintain its accuracy. This is also the reason why it was necessary to establish a time service provided by observatories through time balls at the world's major ports in the 19th century.

As for how observatories make astronomical observations and provide an accurate time service: what does the Hong Kong Meridian have to do with a time service? Let's get into that next time. So, stay tuned!

[1] Since the declination of Polaris is +89°15’, the error in the observation of latitude with Polaris is within 1 degree.