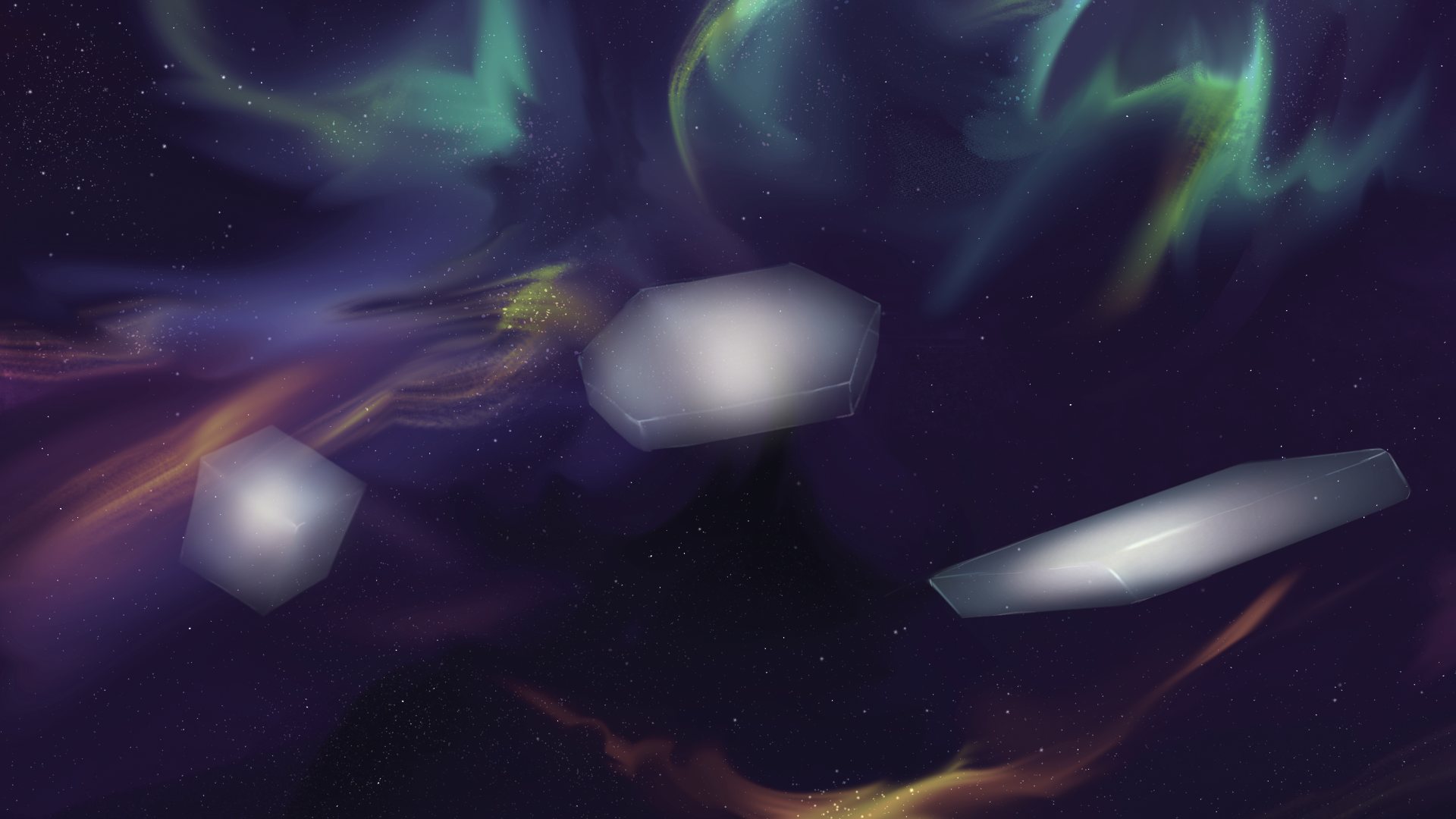 Aerogel – An Air-Based Material and Its Exciting Properties

In 1931, an American chemical engineer, Dr Samuel Stephens KISTLER bet his colleague, Dr Charles LEARNED, that they could replace the liquid inside a jelly with gas without shrinking it. Dubbing this concept “aerogel”, they managed to make the first aerogel with silica [1]. Afterwards, other materials, such as alumina, cellulose, egg albumin, rubber and agar, were also used to produce aerogels [1, 2]. Do you know how aerogel is made? Let’s discover more about the science of aerogel and its wide range of applications, thanks to its density and thermal insulating properties.

How to Make Aerogel

In order to understand how aerogel is produced, we first need to understand the structure of jelly – yes, the chewy, sweet jelly that everyone loves. Imagine cooking jelly in your kitchen, there are three main ingredients you need: jelly powder, water and sugar. In this case, sugar can be taken out of the equation because it provides only the sweet taste. The resulting jelly, which is 95% water with a small amount of porous solid support, is defined as one of the hydrogel structures. To make aerogel, you want to replace the water in hydrogel with air.

Swapping water for air in hydrogel sounds simple, but it’s actually very complex. If you simply vaporise the liquid by heating the jelly, it shrinks as its solid network collapses due to capillary action caused by the attractive forces between the liquid molecules. Imagine when solvent molecules constantly vaporise from the gel, the intermolecular forces between the remaining liquid molecules keep pulling the molecules together to fill the vacancy produced in order to maintain the density of the gel. This also induces an inward stress on the delicate network of the gel, causing the network to collapse and shrink.

In Dr Kistler’s paper, he proposed a method called “supercritical drying”, which consists of two steps [2]. First, a water-based hydrogel can be submerged in alcohol to substitute the water in the jelly with alcohol via diffusion. Then, the hydrogel is subjected to a high temperature and pressure beyond its critical point in a machine called autoclave. The alcohol inside the now alcohol-based hydrogel is induced to reach its “supercritical fluid” phase, in which the adhesive forces between the fast moving molecules become insignificant due to the overwhelming kinetic energy gained. If we hold the temperature above the critical temperature but depressurise the autoclave at this stage, all the fluid inside the hydrogel becomes gas (Figure 1). By converting the liquid alcohol into gas via this intermediate supercritical fluid phase, the solid jelly structure is preserved due to the absence of the capillary action brought by intermolecular attractions. Voilà – you have produced aerogel from hydrogel.

What is a supercritical fluid?

You are probably familiar with the concepts of boiling point and melting point (at a given pressure), and the three states of matter. However, a substance can also exist as “supercritical fluid” when subjected to high temperature and pressure above its “critical point”, beyond which the molecules are completely vaporised but compressed to the extent that is as dense as those in the liquid. A supercritical fluid therefore shows the properties of both states, and the clear distinction, including the visual boundary, between the liquid and gas phases disappears. For methanol (an alcohol), the critical pressure and temperature are 8.1035 x 106 Pa (around 80 atm, i.e. 80 times atmospheric pressure) and 512.6 K (239.45 ℃) respectively [6]. 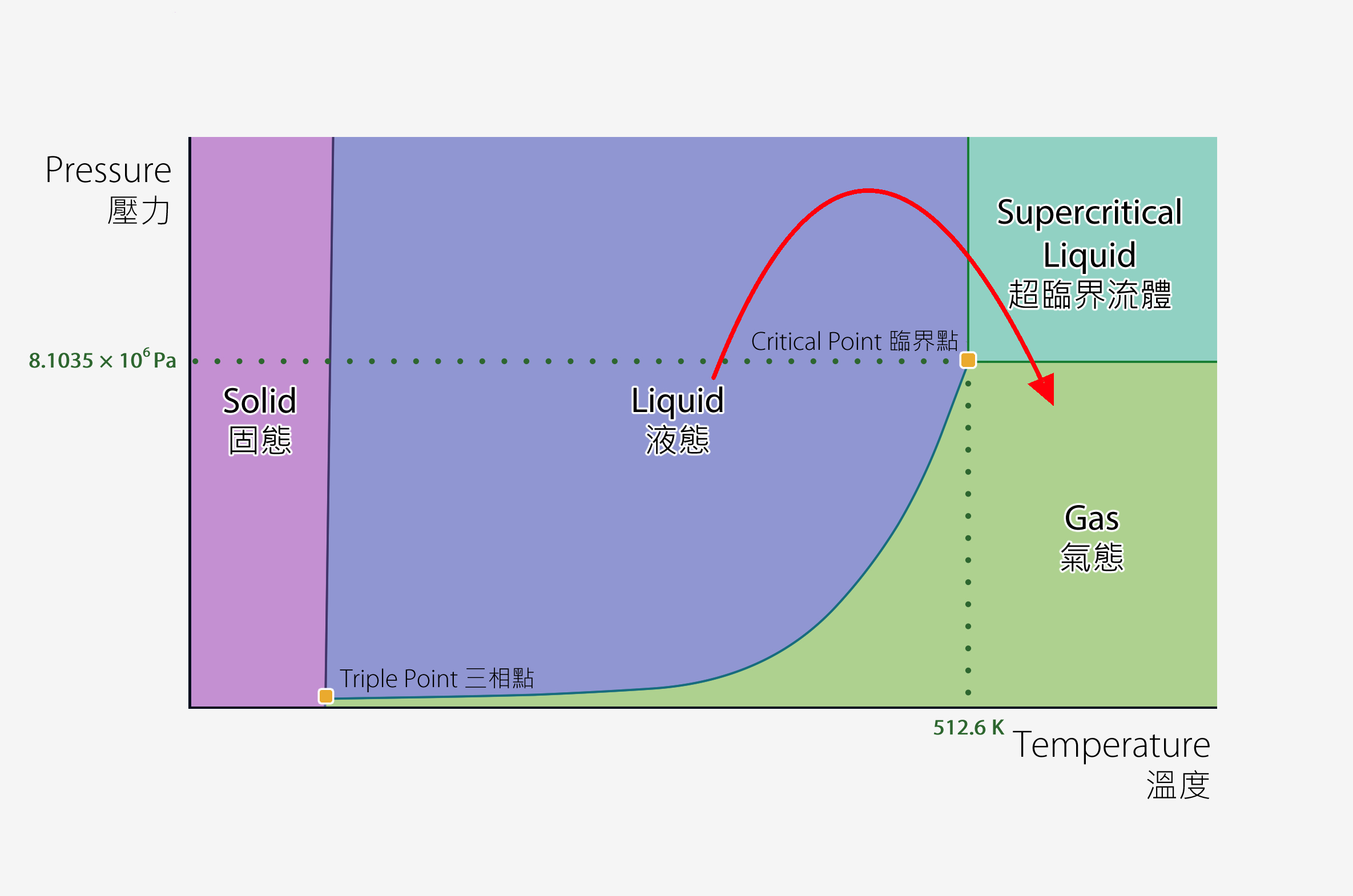 Figure 1: Phase diagram of methanol and the phase change in supercritical drying (see the red arrow).
* The graph is not necessary drawn to scale.

The Exciting Properties and Applications

Hooray – we have discovered how to produce aerogel, now what? Let’s look at some of the most interesting properties, namely the density and thermal insulation. In fact, aerogel can even be made with up to around 99.9% air [3], which makes the aerogel very light, while allowing it to maintain a sturdy structure. Naturally, the lightest known solid is also an aerogel, called graphene aerogel, or aerographene, which is 7.5 times lighter than air in vacuum [3]. Another interesting property is its excellent thermal insulation ability. Air itself is a poor thermal conductor, but it can still transfer heat by convection. However, in aerogel, the narrow space in the nanostructure hinders air molecules from moving freely and effectively, and hence prevents convection of the air trapped inside [4], which enables aerogel to be an even better thermal insulator than air.

One of the most popular applications of aerogel is the use by NASA in some of their space missions [5]. In the Stardust mission, aerogel was used to collect samples of interstellar dust because the rapidly moving dust particles can decelerate gradually and embed itself in the sponge-like porous structure of aerogel. In addition, in the Mars Rover mission, aerogel is used as a layer of insulation to protect electronic circuits inside the Mars rover against the huge diurnal temperature variation on Mars.

From the story of aerogel, we can see that a groundbreaking invention may just stem from a simple and fun idea. Who knows – perhaps your idea can make a breakthrough in science and technology one day!