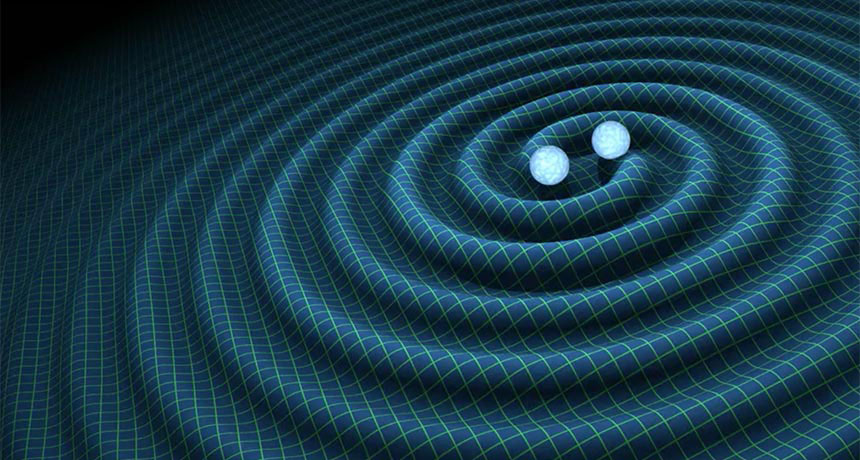 Reviewing Half a Decade of Gravitational Waves

In 2016, the Shaw Prize in Astronomy was awarded to Ronald Drever, Kip Thorne and Rainer Weiss for conceiving and designing the Laser Interferometer Gravitational-Wave Observatory (LIGO). In particular, the award statement includes the phrase "whose recent direct detection of gravitational waves opens a new window in astronomy". Some five years after the first observation of gravitational waves (from the merger of a pair of black holes), it is worth reviewing whether a new window in astronomy has indeed been opened.

Discoveries from a Wealth of Data

Since the award of the 2016 Shaw Prize, Advanced LIGO has conducted two more observation runs. Altogether, the two Advanced LIGO detectors have generated terabytes of data in which faint traces of gravitational waves are buried within the noise. The data is being searched using complex algorithms, which takes months to analyse and verify potential gravitational-wave events.

Originally proposed in 1989, Virgo, the European counterpart of the US-based LIGO detectors is located in Italy near Pisa. These three detectors were designed in the 1990s, built around the year 2000 and operated the following decade in their initial configuration. LIGO and Virgo have undergone a significant multi-year upgrade programme to their so-called "Advanced" configurations.

The addition of a third detector significantly improves our ability to localise the gravitational-wave source. This can be understood as follows. The localization of a source in the sky can be estimated using the differences between the arrival times of the gravitational-wave signal in various detectors of the network. These differences are due to the finite value of the speed of light, which introduces a delay of up to 10 ms for the two LIGO detectors that are about 3,000 km apart. Assuming the arrival times are known perfectly, each time difference will be associated with a circle in the sky, indicating the sky positions with which it is consistent. With an additional detector in the world-wide network, one obtains three time differences instead of one. These three circles intersect in two points and therefore reduces the potential location of the source from a circle to two points.

While gravitational waves allow us to observe sources that we cannot observe through electromagnetic waves, some sources emit both kinds of waves, enabling a whole new range of studies of gravity and nuclear physics. The birth of so-called multi-messenger astronomy occurred on 17 August 2017, when the Advanced LIGO and Virgo detectors observed a minutes-long gravitational-wave signal, consistent with the merger of two compact bodies with masses in the range of neutron stars. Almost instantly after the merger of the two stars was observed by the gravitational-wave detectors, telescopes across the globe started to observe electromagnetic signals coming from a similar path of the sky, indicating that, at least, one of the merging objects was a neutron star. This joint observation enabled for the first time a whole new family of studies. For instance, by checking that the speeds of gravity and light differ, at most, 10-15m/s, we placed bounds on the equation of state of neutron stars and we obtained new independent estimates of the expansion rate of the Universe. Finally, while seemingly detached from gravitational-wave science, the observation of traces of heavy elements like gold in the electromagnetic emission of GW170817 helped explain the apparent excessive abundance of such elements in the Universe.

From the electromagnetic counterpart of GW170817, we know that at least one of the merging objects was a neutron star. However, a similar gravitational-wave event detected by the Advanced LIGO and Virgo detectors on 24 May 2019 had no such counterpart. While the gravitational-wave signal indicated that the merging objects had masses in a similar range, this detection is an example of the challenges we have started to face now that the gravitational-wave window has been opened: one of the objects was just too massive to be a neutron star and too light to be a black hole. There was, however, a "bigger" surprise awaiting down the road.

Towards a Supermassive Black Hole

The first two runs of Advanced LIGO and Virgo revealed the existence of heavier black holes than those we had previously observed, thanks to electromagnetic observations. All of these, with masses below 65 times the mass of the Sun, were nevertheless consistent with a common origin, the collapse of a star at the end of its life, and are therefore known as stellar-mass black holes. There was yet another black-hole family we knew of: supermassive black holes. These black holes have masses above 100,000 times that of the Sun and typically hide at the centres of galaxies, including our own Milky Way. Moreover, intermediate-mass black holes were a missing link between these two families that can explain how supermassive black holes form from stellar-mass ones. While astronomers had accumulated some evidence for the existence of these objects, a conclusive observation remained elusive.

This gap was finally filled in May 2019, when the LIGO and Virgo detectors observed the short gravitational-wave signal GW190521. The properties of this signal were qualitatively different from previous ones. Most gravitational-wave signals allow us to observe the two objects orbiting each other (also known as the inspiral stage), together with the merger itself and the relaxation of the final object. For GW190521, however, the inspiral stage was barely visible. This can be due to two reasons: either there was no inspiral process at all, or this was just not observable by our detectors due to the large mass of the colliding objects. The LIGO and Virgo collaborations assumed the second scenario, which led to the conclusion that GW190521 was caused by a binary black hole merger with two fascinating properties. Firstly, the mass of the final black hole was about 142 solar masses, making this the first-ever observed intermediate-mass black hole, and pointing to the fact that supermassive black holes may form as the result of a series of subsequent black-hole mergers. Secondly, one of the colliding black holes had a mass above 65 solar masses, which in principle prevents it from being the result of a stellar collapse, and suggesting that it may be the result of a previous black-hole merger. However, for the end product of a black-hole merger to undergo a second merger requires very special environmental conditions. Such a puzzle made researchers propose alternative possibilities to that described by LIGO and Virgo. The first such possibility is that the two black holes collide after describing a highly eccentric orbit, which may lead to a change in their estimated masses. While two groups demonstrated that such a scenario did actually fit the data, this did not prevent the observation of a "forbidden" black hole. The second, significantly more exotic proposal, questioned the nature of the colliding objects. In particular, it was found that GW190521 was perfectly consistent with the merger of two exotic theoretical objects known as bosonic stars, which can mimic most of the properties of black holes and, therefore, be confused with these. Moreover, unlike common stars which are made of "common" matter, bosonic stars would be made of particles beyond the standard model of particle physics known as ultralight bosons for which a mass of ~10-13eV was estimated. Remarkably, such bosons are one of the most solid candidates as constituents of dark matter, which scientists believe to account for 85% of all matter in the Universe.

The Future of Gravitational Waves, and Beyond

The future of gravitational-wave astronomy is increasingly promising after the addition of 39 events from the first six months of the third observation run. Analysis of the second portion of the third observation run is currently in progress and will further expand our growing gravitational-wave transient catalogue. Following the third observation run, detectors will undergo additional engineering improvements to further increase astrophysical reach in time for the fourth observation run, which is scheduled for the summer of 2022. While we await instrumental improvements and the construction of new detectors, the gravitational-wave community will continue to explore the nature of black holes and neutron stars throughout the Universe. The true promise of gravitational waves goes, however, much beyond. In the future, we expect GWs to provide even signatures of physics beyond our two, still unchallenged, governing theories of Nature: the Standard Model of Particle Physics and Einstein’s General Relativity. Which one will fall first? Make your bet.