The Shaw Prize in Astronomy 2018 was awarded to Prof Jean-Loup Puget for his contributions to astronomy in the infrared to submillimetre spectral range. He detected the cosmic far-infrared background from past star-forming galaxies, and proposed aromatic hydrocarbon molecules as a constituent of interstellar matter. With the Planck space mission, he has dramatically advanced our knowledge of cosmology in the presence of interstellar matter foregrounds.

An interview with Prof Jean-Loup Puget (Prof Puget) was conducted by the Theoretical Astronomy Group of the Hong Kong Astronomical Society (HKAS) in September 2018 and it was published at HKAS’s newsletter on 4th issue in 2018. We are delighted to share the interview highlights provided by the HKAS.

(HKAS) How can you manage to keep focusing your effort in your infrared research for more than four decades?

(Prof Puget) In 1971 whilst I was doing my Master thesis, I looked for internship. Having attended a seminar on the subject, I was keen to work in cosmology. I then went to CERN and worked on the annihilation cross section of proton and anti-proton. We tested using gamma ray satellite for destructive annihilating radiation, but no obvious evidence of excess of matter over anti-matter in the universe which would affect the size of clusters of galaxies was observed. There was, however, strong plasma distortion compared to Planck’s function, which was not even seen in balloon experiment prior to COBE (Cosmic Background Explorer). Later, I gave up cosmology and focused on gamma ray coming from the galaxies. I was interested in the cosmic background, the CMB (Cosmic Microwave Background) and other background created by galaxies. Astronomers are usually more interested in point sources but not fully diffused background which is a bit difficult to detect from the data received by telescope and instruments due to the fact that infrared and longer wavelength have strong foreground radiation pollution which is easier to detect.

(Prof Puget) I worked on all the data from satellites, like COBE, etc. The major defect of the data was from galactic dust, so to make the data accurate, we had to discard such contamination. It was easier to obtain that effect at higher frequency and then we found CIB (Cosmic Infrared Background) which is when half of the starlight radiation is absorbed by galactic dust and is reemitted as CIB. Elliptical galaxies have no star formation with gases and dusts, so they are mostly invisible in CIB. Star burst galaxies are the opposite. You can do in-depth survey on those by using the Spitzer Telescope.

(Prof Puget) You can also do an in-depth survey on 20 thousand galaxies and then calculate an average over these galaxies, which would be the CIB. There were unidentified infrared bands at 3.3, 6.2, 7.7, 8.8 microns which were out of equilibrium radiation from extremely small clays and large molecules of silicates and carbons. 50% of the carbons in the galaxies were in these forms.

(HKAS) Do most CIB come from stars?

(HKAS) Is the emission from aromatic compounds absorption lines?

(Prof Puget) No. They are emission lines.

(HKAS) Can you talk about the first CIB detection in 1996?

(Prof Puget) We wanted to get rid of the effect of galactic dust which mixes with gases, we had to investigate the H1 region for the gas which associated with the dust. At high latitude of the galactic plane there are very few interstellar medium. We also detected the effect of the zodiac light. We further observe something else, but it was very difficult to compute. For example, one of the cosmological parameters is ionisation parameter which is the optical depth of electrons from the formation of first galaxies to us. This may be measured from quasars. Other examples are the polarisation parameter and the estimation of dust.

(HKAS) Was it difficult to detect the northern sky CIB?

(Prof Puget) It was difficult to detect the northern sky region but the team from Netherland did a very good job later. Also, the signal was weak at the pole’s region.

(HKAS) For the Planck Satellite mission about CMB, how did you choose the 5 bands for the High Frequency Instrument in order to do the observation?

(Prof Puget) We chose the frequency not beyond the GHz based on the parameters we were interested in. We want to do the CMB which is limited by the photons noise of the CMB emission. In the end, we did not choose GHz. We are also interested the synchrotron radiation with low frequency band before the WMAP results. It was less demanding technically for high frequency instrument, like cooling down the detectors with cryogenic system to cool the bolometer from 20K in space. There were 3 active coolers plus passive cooling but the passive cooling was very critical. It finally managed to cool down the detector to 0.1K. That was quite challenging.

(HKAS) Would you expect we can detect more complicated substance such as amino acid in cosmological scale? We know that you had detected aromatic hydrocarbon molecules.

(Prof Puget) Now, we know very well how cool star is formed in space. For example, the different forms in big ice and how they are formed are well known. We understand that there is pH value at all inside the giant molecular cloud. However, for the type B star, we know at the edge there is pH value, as such we understand that life may be formed from interstellar medium or intergalactic medium.

(HKAS) Any books recommended to our society’s members?

(Prof Puget) [Professor did not recommend any books but, he did encourage our members to observe more and conduct more simulations.]

(HKAS) Prof Jim Peebles was awarded the Shaw Prize in Astronomy 2004. We knew that there were some predictions for the CIB radiation from Prof Peebles at 1960’s. Did you know your discovery on CIB related to his suggestions and predictions? 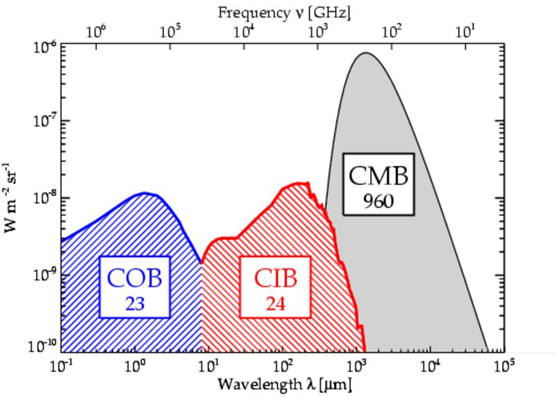 Figure 1: The Cosmic optical,infrared and microwave backgrounds compared.
(Modified from an original figure by H Dole et al. The cosmic infrared background resolved by Spitzer. Contributions of mid-infrared galaxies to the far-infrared background. A&A, 451:417429, May2006)